Let’s say you went to an online e-commerce store or phone physical shop, bought a brand new smartphone, you began putting it to some good use, it was super fast and responsive, you were happy with your purchase, and you loved and cherished your smartphone, more than anything else. 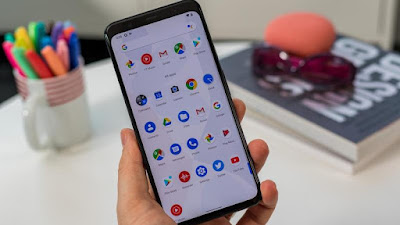 As time went on, let say something like a year and a couple of months, you begin to notice some slight slowness and hiccups here and there, it wasn’t that much of a problem, so you gave it less thought.
But as more time went by, and the more you keep making use of it, you noticed that it was now getting a little bit more serious, apps now seem like they are taking a little bit longer than usual to open, and even sometimes, apps that do stay open in the background for as long as you’d wanted, could not even last up to say, 20 minutes any longer, still you thought it wasn’t an issue that needs to be addressed, so you let it skip .
And then finally, with more time, your phone begins to procrastinate and hang, apps begin to close unexpectedly by themselves, sometimes your phone just restarts by itself, and many more worrisome problems begin to show up, and that is the time you felt like something really has to be done about it.
You try the good old “Tech first aid” method of factory resetting the smartphone, after you’ve done that, the phone begins to run a lot more smoothly than before, and you think it all ends there, but after a couple of days again, it starts acting up all over.
At some point you might even take it to a repair shop, they’d collect your money and do nothing for you, most of the time, they end up damaging the phone’s both internal and external parts while trying to disassemble it, thereby making you lose your warranty, that is if you’ve not lost it before then.
And finally, you are left with nothing but a problem phone, that leaves you with two options, either buy a new one which will as well end up the same way as this one, or continue using it while facing new versions of problems and frustration daily.
Well, not to worry, cause the thing is, you’re not the only one who’s having these issues on their smartphones, as it happens to everyone, and not just everyone this time, but anyone who is making use of any electronic gadget, the reason is because, everything is sentenced to the laws of depreciation & devaluation, meaning that they tend to wear, tear, and eventually break down with time, even humans.
Today, we’ll be discussing with you, some of the reasons why our smartphones pass through this phase during their lifetime, and some of the habits we can learn, in order to alleviate these problems.

Reasons Why Smartphones Running Slow and How To Make Them Faster

1. Too Many Apps Installed
Alright, this is one of the most basic factors that might lead to your phone running slow. When you have too many apps installed on your phone, it automatically leads to many apps and processes running in the background, of which you might not even be aware of.
As a result, your RAM gets filled up, your processor begins to overwork itself, and finally problem sets in, in form of procrastinating and sometimes freezing. This is what to do.

2. Too Many Temporary And Junk Files Found In Your Device’s Storage
Now what are temporary files, these are simply files that were generated during runtime, they come as cache and log files from web browsers, the remains of uninstalled apps which were not completely uninstalled, gallery cache, duplicate files and much more.
So you see, these files can be generated from anywhere, and there’s absolutely nothing you can do to stop them from being generated. But the only thing you can do to help your device is; to clean up these files at intervals, maybe once every 3 days, or twice per week.

Solution
Nowadays, most devices come with an already pre-installed System Cleaner in them, that can be used to fish out these files (because they are hidden most of the time) and delete them.
For those using any Infinix smartphone that is running on any version of XOS, whether Hummingbird, Chameleon, or even the new XOS 5 Cheetah, they come with a pre-installed tool called XManager (now renamed Phone Master), that helps clean up junk files from your device, and as well get a many other things done to improve your device’s performance. 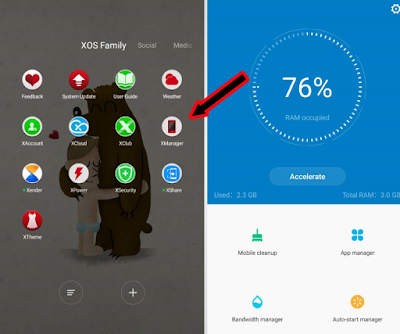 So for others, look into your device’s pre-installed apps, there should be something similar there, but if for some reason you can’t find one, I recommend you download the Du Speed Booster App from Google Play Store, it also gets the job done too.
3. Your Phone’s Storage Is Full
Now, because you refused to clean up temporary files from your device, they keep on accumulating, little by little, and before you know it, they automatically grow into large files that eat up a larger part of your device’s storage.
And when they do this, what happens, the necessary apps which require more storage space to function properly don’t get the space they need, and that is when you begin getting warnings like “Unfortunately, Facebook has stopped unexpectedly“

4. Installed Apps That Contains Bugs
Not every app you see in the play store or anywhere is safe, though they might appear safe, and might not really cause some serious harm to your device, but there’s always a “but”.
Some apps can wake up your camera at any time they feel like, some apps when given device administration permission, can lock and unlock your device whenever they feel like, and even restart it, while some are just pure virus apps that were built to kill your device…
So be careful of what you are downloading from the internet, and be careful of the device you are transferring apps and files from. These are the basic precautions you should take.

5. Your Phone Is Being Attacked By Unknown Virus
In the cause of downloading apps from unknown sources, downloading kind of music, videos, pictures, and browsing the web daily, it is inevitable for your phone to contact some unknown virus, especially when you don’t have a genuine anti-virus app installed.

Some of which might not pose a serious problem, while some can result in more fatal damages like corrupting your files, thereby making them useless, or even completely erasing them.

6. Your Phone Has Too Little RAM
Now for those of us using low-end budget phones that are running on 1GB or 2GB of RAM, we can’t stop our phones from procrastinating and freezing especially when there are a lot of apps installed, and here’s what to do about this problem.

No Nigerian Should Have More Than 3 SIMs – Pantami

Good: Now You Can Send PDF files on WhatsApp