By admin On Mar 7, 2020
Share
After lots of rumors about the Infinix first phone with the feature of pop-up selfie. Hong Kong-based smartphone manufacturer, Infinix has launched the smartphone Infinix S5 Pro and guess what? It comes with the much-anticipated feature Pop-up Selfie Gamera! 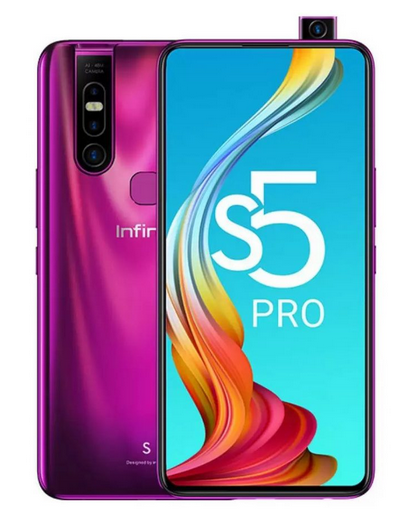 Infinix S5 Pro design and specifications
The Infinix S5 Pro features a 6.53-inch Full HD+ Display with a resolution 2220 x 1080 Pixels. The smartphone runs on Android 10 and it is powered by Mediatek Helio P35 -core processor. On the outside, it features a 3D glass finish on the rear and 2.5D glass finish on the front. It houses a 4000 mAH battery like the other Infinix phones. 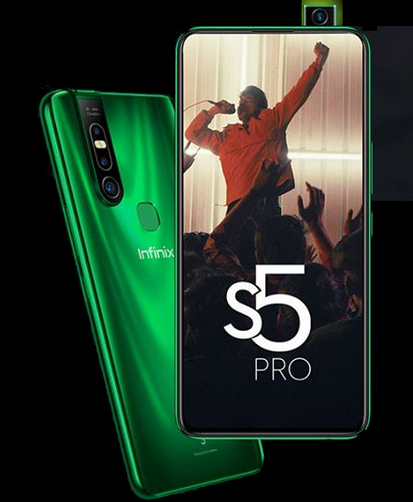 Infinix S5 Pro camera
The Infinix S5 Pro has an interesting camera specification. On the rear, it has a triple-camera setup consisting of a 48-megapixel AI camera, a 2-megapixel depth sensor and a low-light sensor camera. It comes with various modes such as the AR Animoji, Custom Bokeh mode, which is basically the portrait mode, a Beauty mode, and usual panorama. The Infinix S5 Pro rear camera is supported by dual-flash on the rear and front screen flash.

On the front, it has a 16-megapixel pop-out selfie camera. It has various front camera modes such as the AI Portrait, Face Beauty, Wide Selfie and AR Animoji modes. It also supports video recording at a resolution of 1080p.

Pricing
It will be priced at Rs 9999 ($135.20) and will go on sale beginning from March 13 on the e-commerce website. Earlier, Infinix had canceled their on-ground launch event just like Xiaomi and Realme, due to the outbreak.

It is the only device to flaunt a pop-up camera under Rs 10,000. The Infinix S5 Pro will target the budget segment and lock horns with Redmi Note 8, Redmi Note 7 Pro and Realme C2, 5i and others at the budget smartphone market.

Google Assistant Can Now Read Web Pages Out Loud To You