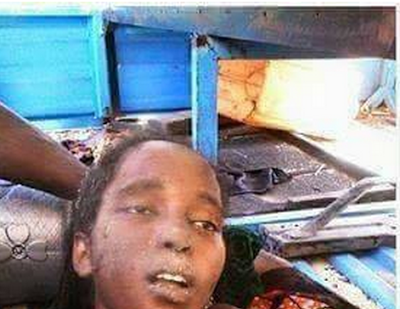 Soldiers of the 7 Division of the Nigerian Army in Maiduguri, Borno State, yesterday gunned down a female suicide bomber trying to enter the barracks. The soldiers watched in horror as the bomb strapped on her body exploded. According to an account by Daily Trust, the suicide bomber described as a tall girl in red hijab approached the gate around 6am, defying warnings by soldiers to stop and identify herself. The report quoted a witness account of what transpired between the would-be-bomber and soldiers at the gate of the barracks:

“I was on duty at the gate when I heard my colleague, a soldier, saying to her, ‘do not be stupid, stop there and tell me who you are.’ The would-be-bomber responded: ‘You are stupid also. I will not stop.’ At that stage, I took cover in readiness for anything. I knew she must be on a rough mission but I was thinking they were many. “That soldier warned her again that he would shoot if she refused to stop. The conversation was in Hausa. Meanwhile, she was still approaching us. Then she replied him; “shoot me, I know I will die just once.’ He fired at her once but he could not get her.

Another soldier shot her on the leg and she fell. Even while on ground, she was still crawling toward us. “That was the singular action that proved to us that this was a hardened bomber. We ran back for safety. From the far distance, another soldier opened fire on her and the bomb strapped to her body went off.

We combed everywhere in case they were many but no other person was seen. No soldier sustained injury,” the source said.